Richard Mouw, an American theologian and philosopher, recently published an article online, titled “Are Chinese Christians persecuted? Not Exactly” He criticized some China-watchers who have been reporting increased persecution of Christians in China. After visiting some churches and seminaries run by the Chinese government, Mr. Mouw concluded that he saw “no sign of that kind of thing” – meaning persecution. Mr. Mouw’s statement is disingenuous at best.​​ 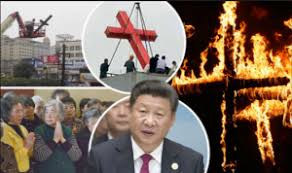 All churches in China are expected to worship the Communist Party before Jesus Christ. In his article, Mr. Mouw directly cited and complimented a “guideline” from the Chinese government’s 17th Party Congress (2007), namely, that every religious group must “actively participate in building up a harmonious society.” What Mr. Mouw does not realize is that this is not a suggestion for churches but an order. Since 2008, the Shouwang Church in Beijing has been systematically persecuted. The church used to have over 1,000 members, but the Chinese government forced the church to divide the congregation into smaller groups. After the church refused to join the state-approved Protestant group and rejected the government’s monitoring of their congregation, the pastor and the church members were arrested and the church was closed (deemed illegal) by the police.

As an official “Christian” organization, the Three-Self Patriotic Movement (TSPM) is controlled and used as a tool by the Communist Party. For me and many other Chinese Christians, TSPM is not an organization to which we want to belong. The explicit mission of the TSPM is to “guide” churches and their members to support the leadership of the Communist Party. Implicitly, the organization is to help the government to monitor churches and censor pastors’ services. Many scholars have labeled this sanction a “Sanitization of Christianity,” which basically means transforming Christian thoughts and converting Christians into socialists. Under such political agenda, the Chinese government forces all churches to accept membership in the TSPM, and once churches accept this membership, they must accept government oversight and approval.

The key to understanding whether Chinese Christians are being persecuted or not is whether believers have to hide their faith or their politics. A Chinese asylum seeker who claimed religious persecution was told by a US judge at court to “Stop practicing and professing in any community or public setting, even in an underground church or political setting, and … Just keep silent.” According to Ken Starr, a number of US immigration judges consider the conditions that Chinese Christians are likely to face in China do not rise to the level of “persecution,” and the best approach to practicing Christianity in China is to avoid running afoul of the anti-faith zealots – the Communist Party – and to worship in secret. (Cited from Ken Starr, July 7, 2017 ).

Religious freedom is as fundamental as any other human right, such as freedom of speech. People who profess a religious faith are entitled to all fundamental human rights, including openly expressing political disagreement. Four centuries ago, the Pilgrims and Puritans came to America to find religious freedom, because their government forced everyone in England to belong to the Church of England, and they refused to comply. Today, no church, in China, in Africa, in the Middle East, or anywhere else, for that matter, should have their congregations raided, church buildings demolished, crosses burned, pastors’ services monitored and censored,  worshipers in so-called illegal churches jailed and tortured, international missionaries banned, or evangelism and Pentecostal practices labelled as cults…and that’s exactly what happens in Communist China today.

Mr. Mouw, who believes there is no religious persecution in China, openly stated his political views (“Despite Trumpism, I’m not quitting evangelicalism.”), but has never been mistreated or harassed by the current administration. If Mr. Mouw were a Chinese citizen and said the same about the Communist Party or the Chinese President, he would end up in jail.

The dictionary defines persecution as hostility and ill-treatment, especially because of race or political or religious beliefs. While from the legal perspective there may be varying interpretations of what persecution means, religious persecution in China is real, and people have to hide their true faith for fear of being punished by their government.

Mr. Mouw may truly believe that there is no religious persecution in China. His belief, however sincere, doesn’t make it so.